Fluency is tough to define. If you feel it means “speak a language as flawlessly as a native speaker,” then no, I don’t feel it’s possible in six months, much less three. But if your goal is to understand and be understood in most situations, twelve weeks is a doable goal when you take the right approach.

“French and Spanish, English, German, and Brazilian Portuguese and Esperanto.”

That last one is a made-up language, or a “constructed international auxiliary language,” meaning it was designed to help people from different nations without a common tongue communicate.

Lewis is the author of the new book “Fluent in 3 Months: How Anyone at Any Age Can Learn to Speak Any Language from Anywhere in the World.” The title pretty much says it all. He believes — strongly — that with the correct approach and enough practice, anyone can master a foreign language in as little as 3 months.

“There’s almost an epidemic of people thinking they don’t have a language gene,” he says. “So many people end up learning a second language but never speaking it.”

The globe-trotting Irish native has made a name for himself by studying and speaking about how we can improve our language-teaching systems. For Lewis, who notes that he could only speak English until he was 21 years old, the key point is to give up the quest for linguistic perfection.

Lewis believes that the critical flaw in our current language-learning setup is that we approach it like any other factual subject. We try to build competency in a specific, methodical order with grammar lessons and sets of related vocabulary, as we move toward the ultimate goal of fluency. In some cases, he says, people become “so obsessed with that end stage that they never get past the beginner stage.”

Instead, he aims to have them reach the so-called “B2” level on the Common European Framework of Reference, which is considered sufficient knowledge to travel in a country that speaks the language. 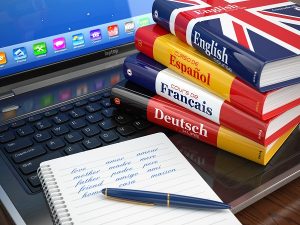 Here are some of his best tips for learning a language in three months:

Beginners shouldn’t be afraid of mispronouncing things or sounding unpolished, Lewis says. It’s most important that they start practicing — aloud — right away.

New language learners should aim for phrases like “bathroom where?” that will help them communicate about basic needs. “That’s not very eloquent, but it’s totally understandable,” Lewis notes.

As part of getting basic vocabulary and phrases down, Lewis says people shouldn’t worry too much initially about learning the rules of grammar. Those can be filled in later.

One of today’s best language learning tools, Lewis says, is the Internet — specifically video chats like Skype. Using these free services, an English speaker in New York can easily get free or cheap conversational lessons from a native speaker of another language elsewhere in the world.

Another option for immersing yourself in a foreign language is to stream radio from a country that speaks it. To do this, Lewis recommends checking out TuneIn, an online repository of radio stations from around the world.

One of Lewis’s favorite tricks for beginners is to have them write out a short introduction to themselves, and then work on translating it with a native speaker. This relatively quick activity teaches plenty about basic vocabulary and phrases. 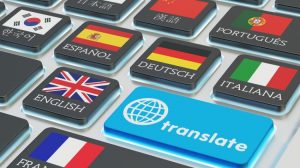 Lewis discourages people from signing up for classes like Rosetta Stone, which he feels are too generalized to help the average beginner. At that stage, he says personalized feedback is the most important thing to have.

Duolingo is one of Lewis’s favorites, as well as italiki, an online site that connects you with native speakers for personal language lessons.

Lewis believes that people who are willing to study a foreign language full-time could reach a B2 level in just a few months. On the other hand, he thinks the same level could be achieved in a year or two with one to two hours of practice each day.

The problem that most beginners run into, Lewis argues, is that they become so focused on reaching a perfect end-stage that they get discouraged and never get past the early stages. The best way to deal with this? Get comfortable with mistakes, and don’t try to be perfect.

Read More : How to Perfect Foreign languages in Just 4 Weeks.

The Benefits of Fennel for Paunch

Bill - June 13, 2018 0
Fennel is one of the root aromatic plants belong to the family of roots and spread in different regions around the world, but the...