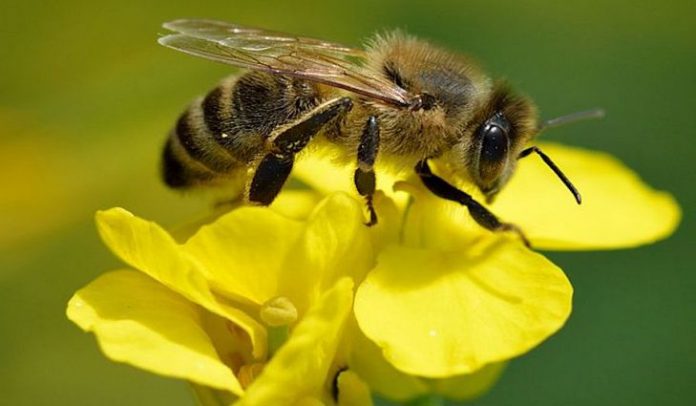 Have you ever thought about the impact of bee extinction on your life and the whole world? Here is a summary of this dangerous effect.

There are great fears of the extinction of bees around the world, and this goes beyond the absence of bees to the emergence of many different problems that may harm humans.

To know the effects of the extinction of bees it is important to know the importance of its existence in the world.

Bees help to transfer pollen to and from different flowers, thus contributing to the process of breeding around the world.

But what does that mean? This means the disappearance of roses in different colors, as well as the problem of extinction 70% of the fruits and vegetables and nuts that grow as a result of the transfer of bees to their pollen.

The extinction of this number of crops due to the death of bees, resulting in losses in agricultural profits, and amounting to more than 200 billion US dollars around the world.

When did the problem of bees start?

The problem of bees began in 2006, when farmers noticed the disappearance of bees and their death in a strange and unexplained way.

Researchers predict that this is due to the bacteria that cause bee disease and thus death, in addition to another disease caused by chemicals used to kill the pathogens, which may affect the health of bees.

In another explanation, scientists have observed that bees’ death may be due to the length of winter and its extreme coldness due to climate change.

What if all bees extinct?

All crops will be also threatened with extinction.

For example, almonds used by animals such as cows and chickens for food, hence the lack of bees, mean the lack of almonds, which affects animal food.

This affects the production of milk, eggs, meat and other food products that depend on the almonds.

But what else will be affected by bee extinction?