The definition of culture

There are many definitions of culture that vary according to the nature of the scientific field and the geographical location of “society.” It is a loose term that includes large elements. The reason for this difference between peoples and humanities is the need to use something that reflects the behavior of societies. One of the most famous definitions of culture is the definition of the British human scientist Edward Taylor: which is each complex composite that its elements includes on law, customs, literature, arts, architecture, social values, traditions, religions and language and all that is acquired by the individual as a member of the group, as for the popular term, the culture defined as: the knowledge, arts, literature and creative aspects of the individual, and the types of culture and its elements will be presented in this article.

The definition of culture 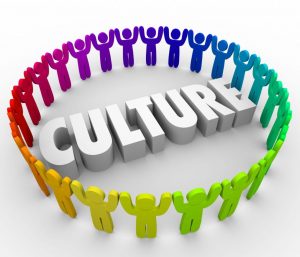 Material culture: It is all that can be touched or measured by the balance, which are material things made by the human in the community, there is a specificity of these material things, such as buildings and clothing, ceramic crafts and utensils, cars, bridges, offices, cafes and rail. But the sound that comes out of it is a non-material culture, as well as the book in general is of concrete but what this book considered contains is non-material.

Non-material culture: things that can’t be measured or touched, and these things are beyond the human mind as its heritage is passed through the generations through transport or texts or images, such as popular practices and proverbs, literature and language arts and collective skills and ways of reflection and music and customs and religions and legends Folklore, governance, social systems, law, customs, rituals and many more. Also, the musical instrument such as the flute is generally considered physical culture, but playing it is considered as a non-material culture. Or as a means of fishing or a craft, is not considered a material culture of the movement and vision, because the methods and experience is something non-material stored in the human mind.

Habits: This is what the individual is used to and is inherited from the community, and the custom within the society is not binding, as if a person fails to do so, he will not receive any social rejection, and the customs are classified as non-material culture.

Urbanism or Homestead: These material things that are formed in engineering ways to form a house or dwelling of man at the end, which is material culture.

The norms: a set of ideas taken by the group towards a certain thing, which is very old evolved from binding traditions, the norms of the society are binding and its default has formal punishments, which serve as taboo and are regarded as non-material culture.

Visual arts: These include paintings, ceramics, mosaics and murals, which are material culture.