The Importance of journalism

The press is a humanistic science. It relies on collecting data and information to report on a particular incident and publishing it to a targeted class of people. These reports are published via audio, video and printed media such as radio, television, newspaper or magazine. The importance of the press in the methodology used by the journalist in the transfer of information through the means of communication, and plays an important role in the manufacture of public opinion in a particular community, and this indicates the importance of the role of journalism in the roles played in different social patterns.

The Importance of journalism 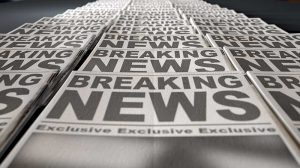 The importance of the press is that it transmits distant events to human beings. In antiquity the idea of the press didn’t exist, and people were not open to one another. The press allowed the community to know everything that is happening in the neighborhood and distant places Through the dissemination of knowledge and culture, and also through the organization of the movements of individuals within the community and work on the social control of the community, and the importance of the press to open up to the details and features of other peoples, and this gives the peoples a sense of confidence in their recognition of the culture of other peoples.

The press can create public opinion in society, as it is influencing the whole society and become everyone’s position. The most important thing that the press plays in the everyday life of the individual is his knowing of the conditions of cities, economy and detailed politics for each day. This has become a contemporary human culture according to the history of the emergence of the press. 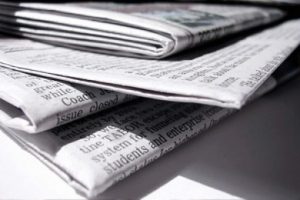 The history of the press is linked to the invention of the printer, but as an idea it is older than that, as the presidential and feudal speeches that were received by the clergymen or the men of the president or the ruler before the people or peasants in the feudal system became a press. Where there were men who specialize in writing speeches addressed to the people, and they summarize the governor’s words to reports. In the Renaissance after the invention of the printer, Germany was the first to create an official newspaper, “Relation aller Fuernemmen und gedenckwürdigen Historien“, in Strasbourg city in 1605, which consisted of summaries of wars, battles and new resolutions, where this newspaper was directed to a certain category and not to the public. After that German newspaper, several European newspapers had grew up and developed until it reached the newspapers of various kinds, as it became readable, audio and visual.


Facebook
Twitter
WhatsApp
Linkedin
Email
Telegram
Previous article
The importance of cooperation in life
Next article
What are the types of culture?