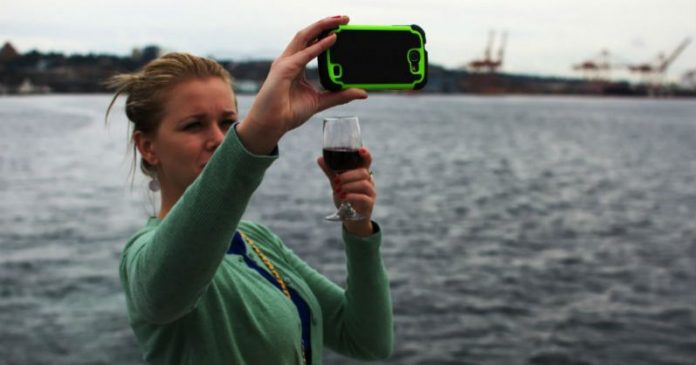 With the frequent use of social networking sites recently, we are seeing a lot of pictures of the perfect girls, but does this affect the woman who is watching these picture?

A new study warns that women’s use of social networking sites such as Facebook and Instagram for just one hour every day may reduce their self-confidence in a significant way.

The study indicated that this is because these women are asking about their shape compared to the pictures of girls that they see online, which increases the psychological pressure on them, and they begin to resort to solutions that help them lose weight and tanning or buy a lot of clothes, for example. In another wards, they are turning themselves into the perfect shape that they want.

In order to reach this result, the study targeted 100 women, and asked them to limit the number of hours that they spent in the use of  Facebook and Instagram.

Dr. Martin Graff, the main researcher in the study, explained: “For many years, the image of the perfect woman is the weak one, and now this image has been enhanced after the use of social networking sites as well.

Not only that, but women also have become comparing themselves with each other and their pictures with the pictures of their friends on social networking sites, despite the use of features such as colors changing and the forms of images that is available on the Internet.

The researchers stressed that the time which the women take to use these sites also affects the promotion of this negative feeling, so the time they take on using the social networking sites for at least an hour may increase the risk of potting these women into depression.


Facebook
Twitter
WhatsApp
Linkedin
Email
Telegram
Previous article
Vitamin K: What it is importance for your health?
Next article
Food We Recommend That You Don’t Eat In the Early Morning

Denis Villeneuve on His ‘Dune’ Remake: ‘The Ambition Is to Do the Star Wars Movie I Never Saw’