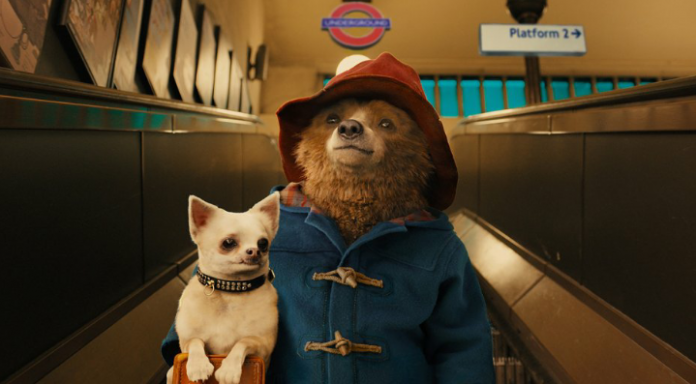 Less than two months ago, Lady Birdscored the distinct honor of becoming Rotten Tomatoes’ best-reviewed movie of all-time, racking up 164 positive reviews for a 100% Fresh rating. Then some idiot who doesn’t understand how film criticism works came along and said that it was “Rotten” with a B- review, earning him the attention he sought. Lady Bird’s accomplishment of holding onto 100% at 164 was notable because no film since Toy Story 2 had managed it.

But it looks like Lady Bird’s reign at the top will be short-lived. Now the delightful Paddington 2 has maintained 100% with 164 positive reviews. Presumably, some other numbskull who doesn’t really have a problem with the movie but desperately craves attention will be along with a negative review any day now. That’s not to say it’s impossible to dislike Paddington 2, but I imagine it’s the same kind of dislike one would have to have for love and sunshine.

The movie is truly wonderful, and it’s a bit disappointing that it only managed $15 million over the holiday weekend. Hopefully, with this new status and the importance audiences place on RT scores, the film will do better at the box office in the weeks ahead. I need Paddington movies to succeed because they’re so nice. If we can get eight Fast &amp; Furious movies, surely, a movie about a bear who improves the lives of those around him can reach that franchise total.

Paddington 2’s achievement is even more impressive when you consider that January is usually considered a dumping ground for sub-par releases, movies that aren’t good enough to compete at the holidays and could be missed when kids go back to school. And while the box office for Paddington 2 is sadly reflecting that trend, it’s a genuinely great movie and you owe it to yourself to check it out ASAP.

Denis Villeneuve on His ‘Dune’ Remake: ‘The Ambition Is to Do the Star Wars Movie I Never Saw’