Home Reviews General How did the universe rise?
ReviewsGeneral 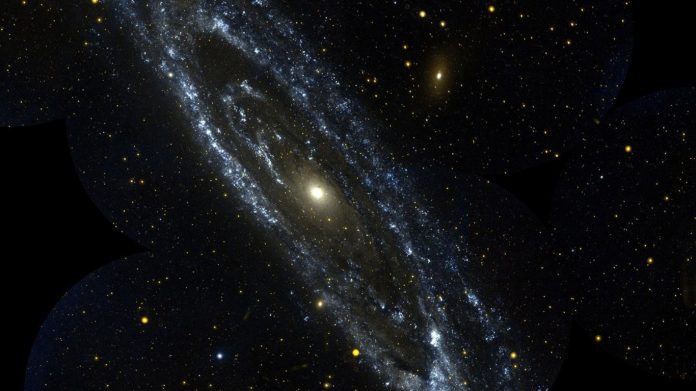 The development of astronomy has been set by the first Muslims astronomers, such as: Abdul Rahman al-Sufi, al-Biruni and Ibn al-Haytham, and scientists of the Middle and modern times, such as: Einstein, Newton, Hubble, Galileo and many others theories, hypotheses and statistics that support and explain some of the cosmic phenomena and outer space and beyond the ability of the eyes and observer and spacecraft on the monitoring, All these calculations are calculated and interpreted, but this science remains an obscure science, and may not apply to the physics of the earth and its laws. Once a new theory emerges, it will be followed by others that will defeat or criticize it. The question of how space is formed and how did the universe rise, is the focus of attention for lots of people. 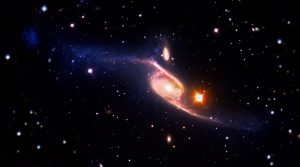 Many assumptions and theories have been put forward to answer the question of how did the universe rise, including what is logical and rational, and what falls under the myth as established by some civilizations like the Greeks. The heavenly laws came to refute and invalidate them and confirm their invalidity. Of course, the science has agreed with that.

This theory says that the entire universe 13.8 billion years ago was just a small compact atomic molecule, what scientists called the “primitive atom” of zero size and infinite mass and very enormous heat, which was pure energy. It was pure energy, and at the moment the atom exploded a great explosion, and then began to be sizes, atoms and elements, and then formed what’s called time and place.

Scientists have turned to the idea of the universe being through five basic stages to reach the form that it is now, and these stages in short are:

The first stage: the stage before the explosion, which has no sense to the concept of time then, so scientists could not provide a description of what this stage is, for being out of all the known physical principles.

The second stage: the moment of the explosion, lasted only 10-43 seconds, and here the concept of time emerged. The four forces known today (gravity, magnetism, weak nuclei and intense nuclei) have been fission, which were formed as one energy, broke down at the time of the universe’s temperature (10 ^ 32) Kelvin, and the minutes began as protons, neutrons and electrons formed.

The third phase: lasted from 1 second to 3 minutes, where the helium is a union of protons and neutrons. Therefore, scientists believe that helium forms a quarter of the universe.

The fourth phase: This phase extends from 3 minutes to 100 million years, where the temperature dropped to 3000 Kelvin, allowing atoms to form hydrogen atoms, and after the increase in cold appeared so-called neutral atoms.

The fifth phase: from 100 million years to the present time, where the size of the universe is five of its current size, and began the galaxies, solar groups, the orbits of planets, moons and masses shaped according to the nebulae theory which is part of the theory of the Big Bang.