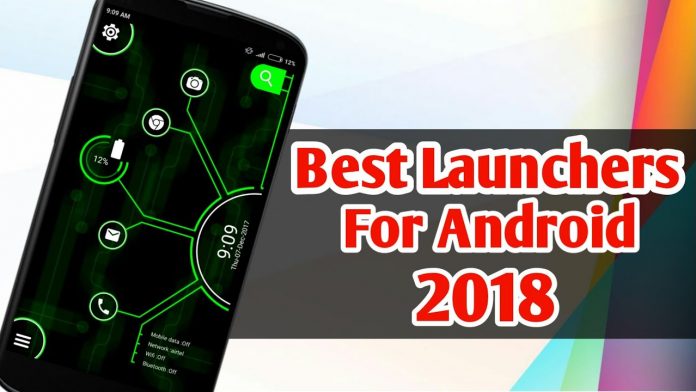 Depending on the Android phone that you use, and it’s likely to have a love or hate relationship with the main screen and how it works, where manufacturers are charging their phones with different user interfaces, and not all of them are simple and smooth, this is why we need for Launcher applications.

The Launcher applications on Android devices not only allow you to adjust the appearance of the main screen, but also allow you to add some stylish shortcuts, not to mention the controls over the full customization.

The Action Launcher is one of the popular application in the Android system, the new update brings not only experience similar to pixel phones, but also has a great integration with “Google Now” service, furthermore, it nicely blends customization features such as application shortcuts and gestures.

It’s interesting that, this application also comes with options for media points, where it will be greeted by main screen-oriented information similar to the Android Orio screen, so if your phone manufacturer still hasn’t updated the system, you can taste it with this app.

If you look around, you’ll see that most of the Launcher applications are usually about screen editing and customization, yet the AIO Launcher is characterize with its unique appearance, where you can get oriented information on main screen.

The main screen will contain frequently used applications at the top with unread text messages and repeated contacts, the priority is given to time information, weather, and RAM monitor, while the quick drop-down list reveals your email, call record, and news feed.

If you want to manually search in the application, there’s a great process on hand, click on the search icon and type the first letters, and it will download everything from contacts to applications Immediately.

Not long ago, ADW Launcher was a popular name in the Android community, and its popularity declined over time with low support of the application gradually, in 2016, the second version of the application was launched and since then there were regularly updates, where the new version brings a large group of configuration options, and the interface is characterized as smooth unlike other Launcher applications, and also allows you to download two themes for free.

If you have a passion for organizing things in stylish little folders, then Launcher EverythingMe is your best bet, it’s the application that accurately arranges all of your applications, contacts, and preferences in smart folders.

The application has the “Quick Contacts” item, where it brings your frequent contacts on its own, without any Preparation at all. Furthermore, Quick Search lets you search feature for applications and contacts both inside the phone or on the web.