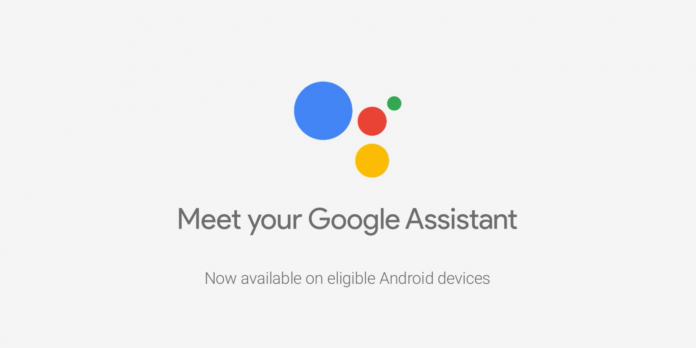 Google announced at its annual 2018 I / O conference a set of new features based on artificial intelligence technology that is now available with its voice assistant Google Assistant, where it can now make phone calls for you such as calling restaurants or beauty salons to check appointments and make Reservations.

“He wants the assistant to be more natural and more comfortable in dealing with him,” Google CEO Sander Bechai said during his speech at the conference.

The feature of Continued Conversation:

Now users can talk to the assistant without repeating the phrase “Hey Google” before each question. So, you can continue asking for more until you reach a natural stop in the conversation. Tis feature will be available in the next few weeks.

The feature of Multiple actions:

The center of a normal conversation is the ability to ask for many things at once. Using the Multiple Actions feature, Google’s assistant has become smarter in handling the ongoing speech and performing the multiple tasks you ask for.

The feature of Google Duplex for more daily tasks:

The Duplex is considered as one of the great that Google has provided the Voice Assistant that makes it able to make calls for you, as it can talk to the other person in the line in a way that makes it seems like a real person talking, for example asking for an appointment, it’s been mentioned that the feature is still experimental.

The feature of adding new voices:

The Google assistant was announced with six new voices, including the American singer John Legend, and these voices will be close to the human voice, as it depends on artificial intelligence techniques, especially WaveNet technology provided by Google’s DeepMind, which can catch tiny details such as sound, tone and all stops that help deliver the meaning naturally and unique sounds.

The feature of Pretty Please for Children:

Google Assistant provides a lot of family features that can be played by Family Link, which include free games, activities and stories from content partners such as Disney, as families have enjoyed more than 130, 000 hours of children’s stories only in the last two months.

For helping your children to have a positive enhancement of their behavior, the Pretty Please feature will encourage them to white “please” every time they ask Google Assistant that will praise the polite child. This feature will come later this year.

The feature of Custom and scheduled Routines:

Earlier this year, Google has launched the feature of Routines, so you can set up six routines to help you achieve many things with a single command. But from today you will be able to create custom routines, which allows you to create your own routine and during the next summer you can assign routines for specific days and times.

Google said that its digital assistant will be available on its maps later next summer, with a low viewing angle so you can keep your hands on the wheel and your eyes on the road, to be able to send a text and play music and podcasts files, while getting information without leaving the navigation screen.

The company said in its blog post: “the assistant supports more than 500 million devices, and more than 5,000 house device connected to the internet, and it’s available in more than 40 brands of cars. By the end of this year, it will provide more than 30 languages ​​ in 80 countries around the world. “

Facebook
Twitter
WhatsApp
Linkedin
Email
Telegram
Previous articleBest 4 Launcher Applications for Android Devices in 2018
Next articleVitamin K: What it is importance for your health?