HomeTechnologyA New Type of Battery That We Need So Bad Can Be...
Technology 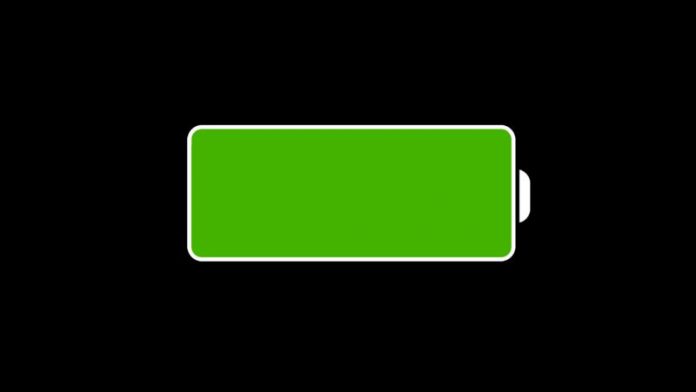 The one of a kind electric energy storage device that runs on an aqueous electrolyte can go from flat to fully-charged in just 20 seconds, making it perfect for portable electronics that frequently need a quick boost.

The idea isn’t new, previous attempts which have resulted in devices that suffer from low power and short working lives.

We ask a lot of power storage tech. Not only it must be compact, powerful, long-lasting, and quick to recharge, it also has to be environmentally friendly. And of course doesn’t blow up if you happen to chew on it.

For those and other reasons, aqueous storage devices – those that contain water-based solutions rather than a mush of toxic or flammable organic paste – have drawn some serious attention as it’s safe and reliable options.

Although it’s less flammable than modern lithium batteries and of course cheaper, the way the solution carries electrons introduces a serious problem.

The cells that’s used in the battery, transfer electrons between two materials. Aqueous solutions limit the voltage range between the two points more than other solutions, causing faster corrosion of the anode.

So, researchers at Korea Advanced Institute of Science and Technology (KAIST) have put a new way on the system, modifying the way that the aqueous hybrid capacitor (AHC) is built.

These hybrid capacitors are essentially a mix of battery and capacitor – with electrodes that store the power electrochemically as electrostatic charge- Adding an aqueous solution of ions in between can help carry the current.

By using Graphene-based polymers instead of more traditional metallic conductors on the anode, and making nano particles of metal oxide on, helping the researchers to overcome the shortfalls of previous AHCs.

The web of tiny carbon fibers on the anode became more efficient at transferring electrons into the aqueous solution, allowing the batteries to charge more than 100 times more than other devices, while still sustaining capacity for over 100,000 charges.

Better yet, the new anodes coupled with liquid electrolytes, meaning the whole thing can go from zero to 100 perfect with just 20 seconds of charging.

All of this is at no cost to its safety or economics.

“This eco-friendly technology can be easily manufactured and is highly applicable,” says chemist Jeung Ku Kang.

“In particular, its high capacity and stability, compared to existing technologies, could contribute to the commercialization of aqueous capacitors.”

Since the power source doesn’t need to be a strong, its rapid rate of charging will be carefully coupled with photovoltaic cells or other micro-generating power sources.

It’ll be a while before we see these kinds of devices take the likes of lithium ion batteries place, but cheap cells that can handle extreme conditions without burning will definitely find its place in future portable technology.

The rapid charging is just a bonus, although we’ve been promised charge-while-you-wait batteries for years now.

The marvelous Graphene is keeping our hopes up, With Samsung’s interest in discovering this material we can see a smart phone fully charged in just twelve minutes..

These beefed up capacitors could provide a different approach, allowing us to charge up in less time than it takes to say “I’m on 1 percent, I’ll call you right back!”

Who knows where quick-charge aqueous batteries will fit among these types of storage technologies. But given the rate of cheap, power-hungry smart devices are spreading, we’re going to need more like them.