Swimming pools are amazing. Meet these rather insane pools that you wish to have a swim in!

It lost the title of the largest to CityStars pool in Egypt but, it’s okay because they are built by the same people. It sits on 20 acres of land and it is actually made of salt water.The water is taken from the pacific ocean and then treated before being added to the pool. The pool took a whopping 2 billion to make and the annual upkeep for the location is 4 million.

It’s called the Red Pool and don’t worry it’s not blood. It’s not even dyed either. The makers of the pool employed a clever optical illusion to create their signature pool. The color is caused by the combined reflection of the red, orange and yellow tile at the bottom of the pool.

While the pool isn’t the easiest thing to get to the unbelievable view and thrill of swimming in it are well worth it. It overlooks the Aegean sea and the temperature of the lagoon is actually warmer than the sea itself so that swimming in it is much more pleasant.

The plant was put in in the mid-1970s to early 1980s. The pool was built when it became common for people to bathe in the nearby. The effects that the pool water had on skin was discovered early on. The one-two punch of the mineral rich water and the mud at the bottom of the lagoon causes a considerable difference in the condition of people who suffer from skin diseases, most notably psoriasis.

It’s hard to compete when a beautiful ocean is just steps away from your hotel room.

This pool is the only location in the continental united states that has warm water and it has become a favorite for divers because of that. The nearby Homestead Resort does admission and tours.

This infinity pool is famous for its amazing views. You will appear to float over the forest and hotel room is equipped with its own pool.

That is not just a waterfall. It’s a pool too. A pool for crazy people. It’s at the edge of Victoria Falls in Zimbabwe. The pool is located at the top of the waterfall at a little over 400 feet. 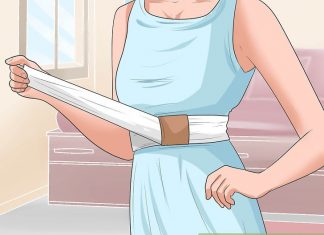 Methods of Slimming Abdomen and Waist

Al-Shimaa Mustafa Kamel - June 17, 2018
0
Many people suffer from the accumulation of excess fat in the abdominal and waist areas, and this gives the body a disjointed and inconsistent...