Deceiving police in a shocking ways .. shooting their victims without blood .. The “Pink Panther” gang are accused of stealing Kardashian!

Professionally like Hollywood, masked robbers carried out a robbery of the reality TV star Kim Kardashian which they captured jewelleries that worth 9 million dollars without leaving any trace behind, after they left the scene of the crime using the bikes.

The operation was carried out accurately and in a cunning way which pointed the fingers to the Pink Panther gang. Who are them? And why are they believed to be responsible for this crime that horrified the star who is attracting the attention of the whole world?

An old member of the gang said to the American “Daily Beast” website that the robbery’s details resemble his old fellows in the “The Pink Panther” gang style.

Pulph Punch Stanimirovak, the x-member of the Pink Panther gang and the money cabinet thief, explain how and why he believes that gang members are the doers.

The gang managed to escape the theft of more than 357 million US dollars of jewellery in a series of robberies since 1984, according to a report by the British ‘’Daily Mail’’ newspaper.

A legacy from the robbery

Bunch was used to plan robberies that were carried out by the YACS gang, whose members belong to a number of Eastern European States (Yugoslavia, Albania, Croatia and Serbia). This gang is a predecessor to the current Pink Panther gang.

In 1971, Stanimirovak’s father who is called “Voislav” stole silver Antiques that worth about 250 thousand dollars from Vizcaya Museum in Miami US. That theft was followed by other thefts by armed robbery gangs coming from Eastern Europe.

Bunch said to the American “Daily Beast” website: “Many people do not know the Pink Panther gang well. They think it is a united Organization with 400 members and a leader”.

They claim that the leader of this gang is Dragan Makik, aged 33 years old, almost in same age as Kardashian. The gang consists of criminals from Bosnia, Croatia and Serbia as well as x-members of the Army of Yugoslavia.

According to the driver member: “These members were part of the Yugoslav army, but after its disintegration, are now working with leaderless organized crimes” (unlike what is rumoured).

He added: “If I was still an active member of the Pink Panther gang, I would operate in Monte Carlo and Paris. This process has been carried out in the same way which I would have planed”.

So, if I was in charge, would wear a police uniform. Two will go to the building and 3 outside for surveillance. They left the place using regular bikes, not motorcycles, which is commonly used in Paris.

They do not kill

In 1994, three masked men broke into the Carlton Hotel in Cannes, while two remained abroad for observation. They managed to escape with jewellery worth about 60 million dollars. They continuously fired rounds with their Automatic firearm. There was no trace of these shots. It was all fake. This is what makes the Pink Panther gang amazing. They are difficult to arrest. They are probably now in the Spanish island of Ibiza, accompanied by the US reality TV star Paris Hilton, he said.

Bench pays attention to the spread of Croats and Serbs in the service industry in Paris and across Europe. They work as waiters, building guards, cleaners and in the fashion industry. So it is easy for the Pink Panther gang to access information.

He also says: “No one dares to carry out that kind of thefts in Paris after the recent terrorist attacks on the city of Nice and southern France, unless they are already present in Paris or a passengers with a fashion shows or a players team”

Why Kardashian as a target in Paris?

The x-thief thinks that the reason for targeting Kardashian is that she is famous on social media and likes to show off what she has. She has a 5 million dollar diamond ring. Kardashian shows all that on social media so everyone has this information.

He adds: “Everyone knows that Cardahesan easy target, the gang knows the hotel because Krdechian stayed there several times before. I have waited for her arrival in Paris Fashion Week.”

The armed gang had tied Kim Kardashian and stole her jewelleries, which worth about 9 million dollars, while she was staying at the Hotel de Portalaz in Paris, France.

Kardashian has been in France for the Paris Fashion Week and she was staying in an apartment building consisting of 8 apartments, where wealthy people normally stay in.

The five robbers managed to control the building guard by force and asked him to guide them to Kardashian’s apartment, where she was staying alone about three o’clock in the dawn of Sunday in the 2nd of October 2016.

Rumours Spread in the media about the dare theft process. Amidst new firm security strictures in France after the the recent terrorist attacks, thieves would be afraid of doing such a thing.

Many of the media sources see that the notorious gang of “Pink Panther”, whom are thieves from Serbia, are capable or qualified to carry out thefts like this one.

Thefts characterized with accuracy and the non-use of violence, are similar to the work of the Pink Panther gang.

The mystery of the strange name

According to the x-thief, they are called “Pink Panther” because one of its members was hiding jewellery in a cream box just as it was happening in the “Pink Panther” series French by the actor Peter Sellers.

It is interesting that in the film thief with his intelligence exceeded the stupidity of the French investigator whose part was acted by Peter Sellers, according to the British “The Daily Millie” newspaper, and this seems to be what has been achieved in reality by gang until now.

According to what was published by bench to the ‘’Daily Beast” website, the Pink Panther gang originated in the US New York City for a long time. They are Successors to the YACS gang. They are the same ring with the change in names.

The YACS gang members from Yugoslavia, Albania, Croatia and Serbia have carried out hundreds of armed robberies in New York City during the nineties of the last century. They were doing all kinds of thefts starting from ATM robberies, retail stores, shopping malls to robbing banks. The police began to target them and arrested some of them in New York City.

Members of the Pink Panther gang have college degrees and speak more than one language fluently. They are able to integrate and pretend to be one of the local populations. The gang does not use violence in their robs.

Bench said about his x-fellows: “They are not caught because they spend more than two weeks to implement their plan and remain in contact with each others. They know each other from the military or prisons, targeting wealthy cities like Dubai, Tokyo and Paris”.

A dare similar to film gangs one

The daring of the Pink Panther gang is shocking, and the accuracy in planning their crimes is similar to gangs that appear in the Hollywood complex movies.

A report for the British Daily Mail newspaper highlighted robberies carried out by this gang since 1984.

This crime network whose members are thieves of Serbia and the Republic of Montenegro, a well-known gang by their detailed planning and the use disguise with the surprising factor before overcoming their victims without resistance and by using the least possible violence.

The gang disguised as police to break into Kardashian‘s apartment and its 5 members waited until the Security became mild around Kardashian, and they spoke heavy English accent.

The gang has targeted victims in several places around the world such as the Cayenne, Tokyo, Singapore and Dubai. They have a wide network with about 200 criminals, according to “Daily Mail”.

As for the deceiving methods they use to break into places of crime, it contains disguise in golf costumes, Hawaiian tourists, workers and policemen, and As for the transportations they use to escape, they have used every possible method such as bicycles in Tokyo and Jet Ski in St. Tropez in French Riviera.

In 1984, three armed criminals broke into a jewellery shop with their weapons in the Carlton Hotel in Cannes, French and emptied shelves from its contents of diamond gems that worth about 50 million dollars.

Perhaps one of the most famous gang crimes and the most daring one was in WiFi Mall in Dubai in 2007 when they broke into the mall with two giant vehicles destroyed mall’s interface, then bounced from one of the vehicles a man wearing a black diving suit and a black mask, and then the car reversed quickly to smash the door of the Graff Diamonds shop.

With the help of a hammer and a weapon in his hand, the man collected what he could from diamonds that worth 2.6 million dollars then went off with his gang like the wind. The duration of the theft didn’t last more than 170 seconds.

In 2014, Spanish police arrested Porco elanchik, a Serbian aged 33 years old, in the town of Alcala de Henares on the outskirts of Madrid.

This man was described as one of the “leaders” of the Pink Panther gang. But the power of this gang is the lack of its centralization, it’s in being a vast network without hierarchical ranks. They are semi-independent crime cells, and perhaps that’s why the arrest of Porco didn’t affect the gang or its Reinforce, according to the Daily Mail. 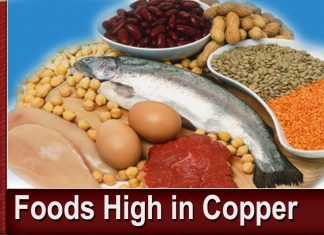 Al-Shimaa Mustafa Kamel - May 14, 2018
0
Did you think beforehand that the lack of copper in your body may cause some signs? What is copper and its importance in your...

The Causes of Nosebleed in the spring and Its Treatment

How To Read A Cholesterol Blood level Test ?

After his standoff in the US Congress Mark Zuckerberg flees from...