A Human skeleton discovery that could reveal secrets of world’s most mysterious shipwreck!

While Antikythera, the shipwreck, remains hard to be understood for the scientists, they believe that the skeleton discovered near the coast of Greece could be the key to revealing the secrets of the world’s most mysterious shipwreck.

The remains were found near the island of Antikythera, a 2,000 year old site which has been the subject of many salvage operations since its discovery by divers in 1900, According to British Independent journal.

The wreck included many interesting items, including statues, pottery, jewelry and the remains of a device researchers regard as the world’s oldest analogue computer in history – the Antikythera mechanism.

A team of archaeologists from the Hellenic Ministry of Culture and Woods Hole Oceanographic Institution (the biggest independent institution for ocean researches in the united states) recovered the bones, which will be analysed for their DNA and could reveal the identity of a wreck’s victim.

Scientists named the victim ‘Pamphilos’, which means friend of all in Greek. They estimate he would have been in his early 20s at the time of the incident, as his ship sailed from Asia Minor to Rome.

According to CNN, the bones have been discolored through ages and were found mixed up with broken artifacts. Scientists believe there may be more buried skeletons on the seabed.

What this discovery means to archaeologists!

Expedition co-director Brendan Foley said: “We are getting glimpses of one of the most interesting periods in human history. This moment when the Roman Republic is switching over to the Roman Empire, and it’s one of the first periods of globalization’’.

He added: “after continuous work at the site over the last four years, we reached a point where every dive is delivering something that is just jaw-dropping.

DNA analysis will allow the researchers to reveal Pamphilos’s facial appearance as well as his ancestry and ethnicity.

Foley cleared that: “I’m sure there is going to be more to discover, the area where we were excavating, which we are almost certain is the stern of the ship is probably where crew and passenger compartments were located’’.

It was revealed last June that the Antikythera Machine may have been used to predict the future, after scientists analysed the inscriptions on the dial.

All known parts of the Antikythera Machine are currently held for research and study at the National Archaeological Museum in Athens. 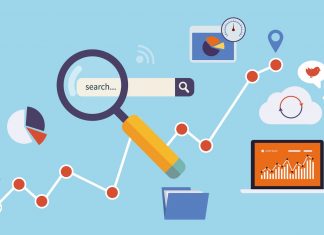 6 natural ways to control your appetite.

How to help your son make decisions