What if the story of “Game of Thrones” was just a story from Westworld stories?

Every now and then, Marvel and DC produce a special story where a hero from each world confronts the hero of the other world, like Spiderman against Superman, or Batman against Captain America, and this is an exciting thing for the fans of the two worlds. But, what if they produce a special episode crossover between Game of Thrones, one of the most watched and most famous series in the current time, and Westworld series, which is expected to be the successor of Game of Thrones? Which also proves through its episodes that it will be one of the most ten or twenty famous and most watched series. Although, only three episodes have been released yet, but its progressive events inform us with that.

Let`s imagine that the man with a black suit (Ed Harris) versus Jon Snow? or Teddy protects Dolorous from the White Walkers? or even Khaleesi flies above the garden on one of her dragons? and the more exciting to see an interesting meeting with Dr. Ford and Tyrion Lannister, isn`t it amazing?

The truth is George R. Martin, the author of Ice and Fire Game Series, suggested on Jonathan Nolan and Liza Nolan, the producers and authors of Westworld series, to make a special episode gather between the two series. The main theme is about two robots in Westeros` World have been fabricated after Game of Thrones` Characters.

Nolan commented politely on this suggestion “He is a nice person, very funny, and a great author, and his suggestion includes a complement and great temptation for the series. We will be very lucky”. Likewise, his wife Liza commented, “I want to believe that dragons are real, I want them to be actually real. Therefore, despite my great love for George, I cannot lose this for myself”. It is a polite way to reject the idea.

Let`s not be pessimistic now for a moment, What are the scenarios that might happen in case this idea is maintained and implemented appropriately?

Game of Thrones series is displayed in Westworld`s world, and the series` fans are scientists and technicians who manufacture “cowboys` robots” of their favorite characters in the series. Circa the robot and Dr. Ford spend their time in drinking Alcohol under the ground, and they threaten each other with ambiguous threats.

Honestly, I did not know the idea behind this scenario, but it will undoubtedly be full of quotes and sayings.

The scientists and geniuses, who were behind Westworld`s garden discovering a new world or planet near them, and this what Westeros` World runs with. Then they send astronauts to this planet to kidnap one of the dragons in order to autopsy and study it, and in the end, they throw out flames on them and burn all of them. It is considered a metaphor for vanity and greed that would lead their people to meet their doom in the end.

Westeros is just a story of garden`s story where guests can go there to confront the hound for example, or to participate in the night watch to confront the White Walkers and to kill them, or to live an adventure of the dwarf Tyrion Lannister`s adventures in order to gain knowledge and wisdom from him, or even to greet Khaleesi and her dragons! The possibilities are endless.

Taking advantage from Jon Snow`s murder and his recursion to life, whereas, the core reason for Jon Snow`s murder is a defect or virus infects Westworld`s systems, and his death period is the link between the two worlds in which we watch his maintenance and repair process and his recursion to life. Then we would see the consumed robots after the end of her role in the story, like Ned Stark and Joffrey.…. We discover that Game of Thrones is just a story from the garden`s stories, in a similar scenario somewhat to the third scenario, however, here we find more depth.

As for the first scenario, it is somewhat neutral, basically, scientists admire the series and they try to imitate it through manufacturing similar examples of their characters, which means that the weighing scale will incline more to Westeros` World.

Many of you will not like the idea and would say what is this stupidity? Only a few will get excited with it. For me, I will not judge an idea just because it is an idea! I am one of those who believe in the power of the idea despite it might be ridiculous and shallow in case it has been implemented appropriately, and also the opposite could be the strong unique idea, which would appear as a trivial matter with the wrong implementation. This reminds me of a previous article, written by Emad Abou El Fetouh, related to this matter. Stupid Ideas .. Are The Secured Road For Quick Fortune!

The thing that made Nolan and Liza refuse the idea is their core refusal to market their new series in this way, they believe that the series will success without anybody`s help. (Despite the series has been compared to Game of Thrones, which is a marketing in itself and the idea of the joint episode, is also a marketing) However, George R. Martin was the one who suggested the idea not Nolan. Anyway, the idea might be applied after three or four seasons from the series, which means after it achieves its hoped success.

Share with us your thoughts related generally to this idea, and tell us which scenarios you prefer more? 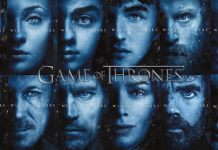 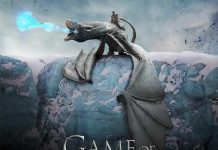 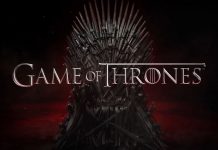 An Architect’s Guide to Game of Thrones (HBO) 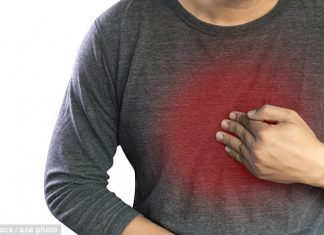 Al-Shimaa Mustafa Kamel - December 13, 2018
0
Digestive system The digestive system is one of the most important organs of the human body, this is due to its vital role in transforming...

Half of the world’s languages will disappear by the end of...