“In a second” you can lose your digital photos that saved your memories and can’t be replaced for years, is there a way to keep them forever?

There are dozens of reasons why people can lose their images; hard drives can be stolen, phones and laptops might get stolen, Internet services can be closed, or when natural disasters occur. fires, floods and even earthquakes, can destroy huge digital archives.

Therefore, it is complicated to keep your wealth of digital images, especially those that dear to you. So, to keep them safe, you must have more than one copy per image, and save it in more than one way, and more than one place, according to a report by The Guardian newspaper.

they may be safe but you can’t see them: Why should you always update your methods?

Digital data is a difficult problem because storage formats are constantly changing. If you have data or images stored on different floppy disks, the images may be safe, but you will only know if you have something that can play them. Even operating systems, software and file formats are constantly changing, so being able to see a file does not necessarily mean that it can be loaded.

Fortunately, the usual jpg / jpeg formats, developed by the Joint Photographic Experts Committee, may last forever, according to the British newspaper report, despite efforts to replace it with JPEG 2000, PNG, SVG, SPIFF, BPG, FLIF, HEIF (Known as the HEIC operating systems) and WebP developed by Google, and others.

Keeping digital data forever involves two processes. First, you should continue to transfer data to new storage systems before they are outdated or become inoperable. Second, you may need to continue to convert files to any commonly used file format.

The most famous means of storing images and data

Hard drives are good at storing images; as they are cheap, and offer fast data access, besides it’s easy to copy hard drive content, especially if you own USB or Thunderbolt connections. But what we know about hard disk drives is that most of them get destroyed sooner or later.

Some hard drives get damaged after a few months, while others hold a decade or more. There is no way to know the duration. But the general rule is that the hard drives are likely to be damaged after 5 years or 50,000 hours of use. If you want to keep images for 50 years, store them on about 10 hard disks.

Because hard drives can be damaged at any time, it’s not enough to store your photos on a single disc. The minimum must be two hard disks. It may be best to keep a picture of at least three ways: a personal computer, a backup hard drive, and another hard drive.

A series of potential disasters:

With all its advantages, backup disks have limitations, including:

First, data is exposed to human errors and malware.

Second: Your data is at risk of being stolen or damaged by fire, flood, or other disaster. So, keep a copy out of place in the office, at a friend’s or relative’s house, or perhaps in a moisture-proof box in the garage or shed.

Third, what is the most serious … If the backup disk is always connected to your computer, you can delete all files by mistake, or make a mistake while copying files. If your computer has malware such as Ransomware, it will usually encrypt files on your backup disk as well.

Because of the risks of hard drives, keeping backups on removable storage media is a good idea. Current selections include CD-R, DVD, and Blu-ray optical discs. You should use high quality optical discs, store them in a dry, cool, dark place. One of the advantages is that images stored on optical disks that are stored only once can’t be erased or removed by mistake, are not encrypted or malware, and are unlikely to be stolen. Because they are removable, you can easily store copies away from your place.

Only one wedding … And a century of time

Unfortunately, the normal CD (CD 702) only stores data, which is great for 100K text files, but not for 5MB of image files. DVDs can store 4.7 GB, which is practical for many projects, but not large enough for a wide range of images. For example, you can probably put your wedding photos or a single holiday on one disc, but not a whole year.

Blu-ray discs can store a lot of data, 25 GB on single-layer disks, and 50 GB on two-layer discs used in movie distribution. (Three- and four-layer disks are available as well). You can probably store all of your photo collection on multiple Blu-ray Discs, which will hold up to 20 tablets per terabyte of images (the terabytes are a computer storage unit equal to 1,000 gigabytes). Best of all, you can buy Panasonic Archival Grade Blu-ray Discs or Century Archival Grade, which claims to last more than 50 years for the first type, or 100 years for the second type. This eliminates the need to continue copying data with a new mediator, although it is difficult to determine how many people will still use Blu-Ray until 2120.

Despite its popularity and ease of carrying, USB flash drives and memory cards are not suitable for long-term storage, because the charge degrades after long periods. The optimal situation is that you’ll reload them every 4 or 5 years. You can do this by downloading the check disk command program.

Cloud storage: theoretically the best but cost is not its only problem

Cloud storage – theoretically on another person’s hard disk drive – solves all the problems of using local hard drives and the problem of transferring data to new devices.

But it is important to remember that data on the cloud is unsafe and not under your control. Cost will not be your only problem with it. The biggest risk in cloud storage is that you can’t access your account, or it’s compromised by someone who erases all your files, or your account get closed if you don’t pay the required cost. Of course, online storage services can be closed, bankrupt, or seized by authorities, as did the US Department of Justice with Megauplaod.

Your options are multiple but restricted: How do you store large quantities of whales?

Many major companies offer image storage services: Amazon, Google, Microsoft (Onedrive), and Apple (iCloud). However, these services may be expensive if you need a lot of storage space, and your images will not be as easy to access as hard drives. Before you commit to upload large files and pay for it financially, you should check how easy it is to upload files, and whether the site keeps file names, sizes, and file format data.

The Flickr site provides free storage space for terabyte-sized images with ads, but it’s no longer as attractive as it used to be. SmugMug is a good alternative, giving open storage space for $ 47.88 per year, after 14 days of free trial, while Microsoft offers terabyte users with Office 365 at $ 85.5 per user per year, and $ 114 for home use (for 5 users), and Amazon offers an open inventory if you pay $ 112.5 a year for premium membership.

careful: big companies change the nature of your photos

Be careful of services that do not maintain your original images just as you campaign. Google costs you $ 9.99 a month to store terabytes of photos in its original quality but stores it for free at a reduced quality (16 MB), a quality that the site incorrectly describes as high, according to The Guardian.

The photo store on Facebook is free, but it reduces images from printable quality to the quality of web presentation. There are many alternatives, but the big players are: Amazon, Apple, Facebook, Google, and Microsoft – and will probably stay for a long time. Of course, prices and conditions may change, and if you store images for 50 or 100 years the cost will rise. 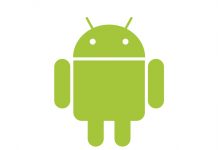 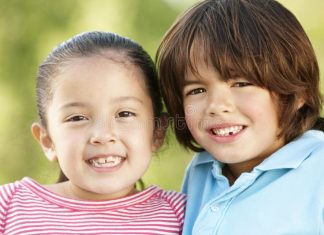 Cortisone indication for children and damage

Al-Shimaa Mustafa Kamel - May 24, 2018
0
If your child has chest allergies or nasal allergies, it is very natural that your doctor will prescribe cortisone as one of the most...

6 Tips All Gmail Users Should Know About

The Causes of Nosebleed in the spring and Its Treatment