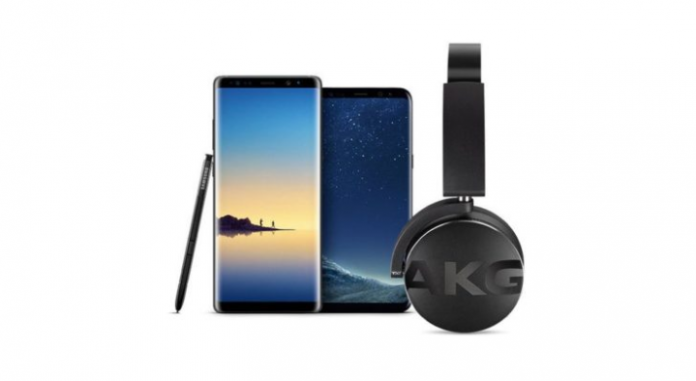 If you are in the market to buy a Samsung Galaxy S8 or Note 8 phone, you will want to act fast. Samsung is giving away a free set of AKG Bluetooth headphoneswith purchases of either of the two phones, along with the Galaxy S8 Plus and Galaxy S8 Active as well.

The headphones are AKG Y50BT on-ear headphones, which Samsung values at $180 (about £130 or AU$225). They can be used both with and without a wire, and you can use them to listen to audio and answer calls. Not bad for a freebie.

Of course, every deal has its exceptions. The headphones are not included with Sprint carrier phones and you have to buy the phone on Samsung.com or through the Shop Samsung App. The offer is also only valid from Jan. 16 to Feb. 16. For full terms, check Samsung website.

Due to phonemakers like Apple, Lenovo and Google ditching the audio jack in their devices, Bluetooth headphones are becoming a more popular (and sometimes necessary) purchase. Fortunately, the Samsung S8 and Note 8 still have audio jacks, but the fact that the AKG Y50BTs have both a wired and wireless option mean you can switch back and forth between devices that do or don’t have a jack. (For more info, check out CNET pick for the best wireless headphones for 2018.)

While the promotion is a good deal, you may want to hold off on buying a Galaxy S8 if you absolutely don’t need a new phone right now. Samsung has confirmed that it will unveil its S8 follow-up, the Galaxy S9, at MWC. Since MWC runs from Feb. 26 to March 1, you won’t have to wait very long to know more about Samsung newest phone. And since prices on last year phones tend to drop once the new version is announced, there may be a better deal in store if you have your heart set on the S8.

Otherwise, you may want to take advantage of the current deal if you have your eyes on the Galaxy Note 8 or Galaxy S8 Active, as those tend to release later in the year.

How to Block Websites in Safari on iPhone and iPad