Prince Harry and Meghan Markle have announced they are engaged to be married next year.

The Queen gave her grandson permission to marry the star just a week after she celebrated her own 70th wedding anniversary and Harry also asked Meghan parents Thomas Markle and Doria Ragland for her hand in marriage.

The couple, who have been dating since the summer of 2016, secretly got engaged earlier this month.

In a statement, Prince Charles said “he was delighted to announce his son news and said that Ms Markle parents had given their blessing.”

Only the Queen and other close members of his family initially knew of the engagement, which took place in London.

The couple will make an official engagement appearance on Monday afternoon before taking part in a broadcast interview which will air in the evening.

“We are incredibly happy for Meghan and Harry. Our daughter has always been a kind and loving person. To see her union with Harry, who shares the same qualities, is a source of great joy for us as parents.”

“We wish them a lifetime of happiness and are very excited for their future together”, the statement ended.

In September this year, in an interview with Vanity Fair, Markle spoke about her relationship with Harry, saying: “We’re two people who are really happy and in love. We were very quietly dating for about six months before it became news, and I was working during that whole time, and the only thing that changed was people’s perception.”

In the same month, the couple made their first public appearance, at the Invictus Games in Toronto.

The statement from Clarence House said: “Prince Harry has informed Her Majesty the Queen and other close members of his family.” A Buckingham Palace spokesman said “the Queen and Duke of Edinburgh are delighted for the couple and wish them every happiness.”

Theresa May offered her “very warmest congratulations” to the couple.

The prime minister said in a statement: “This is a time of huge celebration and excitement for two people in love and, on behalf of myself, the government and the country, I wish them great happiness for the future.”

The wedding will be the first involving a senior royal since William married Kate at Westminster Abbey on 29 April 2011. 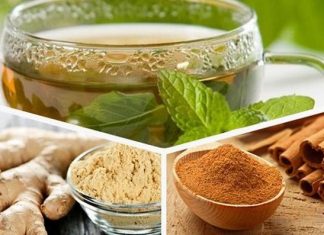 Asmaa Mostafa Kamel - June 16, 2018
0
Where fat accumulates In the winter there is a lot of suffering from excess weight and fat accumulation, where the person is often eating foods...

What your car color says about you!