HomeHealthPolycystic Ovary Syndrome: Scientists are about to know why
Health

Polycystic Ovary Syndrome: Scientists are about to know why 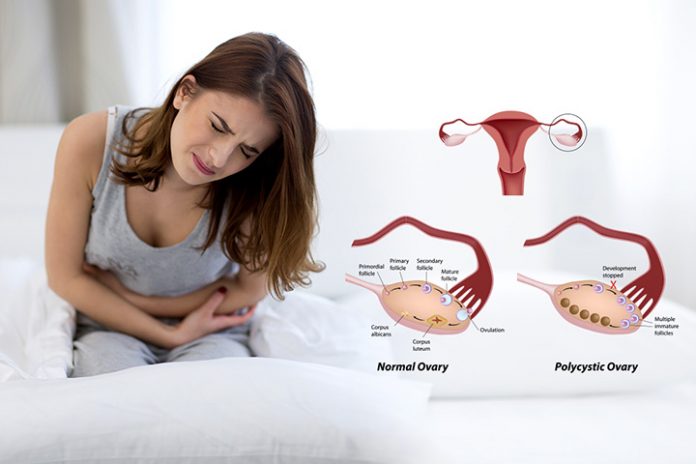 Scientists believe that they have finally understood why Polycystic Ovary Syndrome (PCOS) occurs and affects one in five women.

The condition happens due to the elevating of Androgens “male hormones” in females.

Now a study published in Nature Medicine found a link between the disorder of hormones in the womb and Polycystic Ovary Syndrome.

The searching team, led by Paolo Giacobini at the French National Institute of Health and Medical Research, realized that the levels of anti-Mullein hormone (AMH) were 30% higher in pregnant women with Polycystic Ovary Syndrome than those without.

As there is a hereditary competent to the condition, the scientists have already decided to test whether or not a women with this hormonal imbalance can give birth to daughters with Polycystic Ovary Syndrome.

Robert Normal, from the University of Adelaide, Australia, said: “It’s a radical new way of thinking about Polycystic Ovary Syndrome and opens up a whole range of opportunities for further investigation.”

According to the researchers, the added hormone AMH appeared to prompt the overstimulation of a particular set of brain cells called GnRH neutrons, which are responsible for managing the body’s testosterone levels.

This means that the offspring displays are higher level of testosterone.

And the team wasn’t just able to determine the cause of Polycystic Ovary Syndrome, but they also reversed it into mice.

The researchers dosed the polycystic mice with an IVF drug called cetrorelix, which made the symptoms go away.

They are planning to launch the drug for humans to take place later this year.

Paolo added: “It could be an attractive strategy to restore ovulation and eventually increase the pregnancy rate in these women.”


Facebook
Twitter
WhatsApp
Linkedin
Email
Telegram
Previous article
A rare blue diamond sold for $ 6.7 million
Next article
Fruits, Between the Benefits and Damages: These are the facts