The US military said it had dropped a huge bomb of the “GBU-43” model, known as the “Mother of All Bombs“, in eastern Afghanistan on Thursday, April 13, 2017, targeting a series of caves used by militants of the “Islamic State”.

“This is the first time this kind of bomb has been used in combat operations,” said Pentagon spokesman Adam Stump. He added that an “MC-130” plane dropped it.

According to the free encyclopedia “Wikipedia”, the Mother of All Bombs is characterized by these qualities:

· A conventional (non-nuclear) bomb developed for the US military.
The “mother of bombs” was developed by Albert Weimortes at the Air Force Research Laboratory in 2002.
. Has been in service since 2003.

• Described as the most powerful non-nuclear weapon ever designed.

· Used by the US Air Force and the Royal Air Force.

· Used with soft-to-medium surface targets such as deep valley or cave inside. 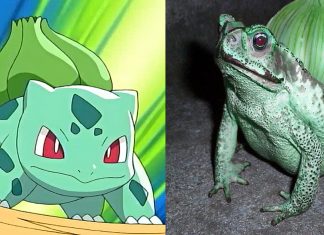 Mikal - October 18, 2016
0
Real life pokemons! Pokemon is one of the most popular anime and we all wished to have such animals with super powers! Here're 10 pokemons...

All Google Assistant’s features that were announced at Google I /...