LG starts to launch the G7 ThinQ in the market globally 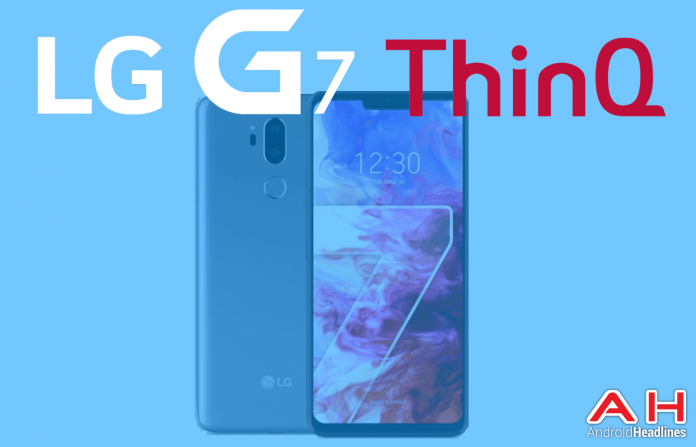 LG Electronics launched this week the latest model of the G7 Think Smart series in the global markets from its main market in South Korea. The company plans to follow up in later markets in Asia, the Americas and Europe in a very short time.

LG announced the launch of the J7 Think officially about two weeks ago to be the first LG G-series phone with integrated artificial intelligence capabilities, and a rich set of new features designed to serve customers looking for a high-end smartphone capable of Meet their requirements for the coming years.

The LG G7 Think is based on the fastest mobile phone platforms, the Snapdragon 845, and features an ultra-bright screen that shows bright colors and brightness up to 1000 candle making it clear even under the sun.

The screen is 6.1 inches wide and is 3120 x 1440 pixels wide, or more than four times the resolution of the high-definition QHD +, a full-frame display that lets you hold the phone with one hand easily with its 19.5: 9 aspect ratio.

And if you go along with the audio capabilities of the new phone, you will find in the loudspeaker what surprises you, its performance is amazing, it generates the sound of the bass more than twice as much as the traditional smart phones thanks to the loudspeaker room, and will certainly surprise you when shaking the room with a powerful sound When it is placed on wood or on a metal surface. The sound system also provides a hi-fi analog switch, DTSX support and a speakerphone jack, to be the preferred smartphone for music lovers.

The new phone also includes an 8-megapixel front camera and 16 megapixel rear cameras, which greatly improves the image quality. It is a wide-angle lens that can capture the most people and scenes within the frame.

One of the most prominent features of the cameras in this phone also, it is equipped with artificial intelligence capabilities that automatically improve the shots based on the subject of the image, “Super Brightness” feature increases the illumination of objects with low light in the image four times and keep the image is blurred free of interference .

The G7 Think is one of the first smart phones in the market to offer the feature of Google lenses built into the device, as explained in the recent Google I/O conference, Google lenses add artificial intelligence functions and a strong computer vision, allowing the user to see more information and respond to urgent tasks directly on his phone.

The phone offers super power in a cover of smart phone. It is the first smartphone to offer the Google Assistant Key, which provides quick and easy access to Google’s assistant and Google lenses, giving the user greater capabilities to perform the tasks required by voice commands.

With SFFVR voice recognition, the phone can recognize voice commands from up to five meters away, and can be used at home as a smart speaker to listen and respond to commands from around the room.

“The smartphone is based on a combination of strong core capabilities, but it is upgraded to an unprecedented level with its integrated intelligence-based features to bring the user convenience to new heights,” said Ha Jong-yu, senior vice president and head of LG’s mobile business unit. “Once consumers have tested the benefits of artificial intelligence on the smartphone in LG,

“I’m sure that once the users try the artificial inelegance benefits themselves, they will immediately find more ways to use G7 Think to benefit them in their daily activities.”

LG will also announce the price and availability of the phone in different markets soon.