How the process of digesting food happens 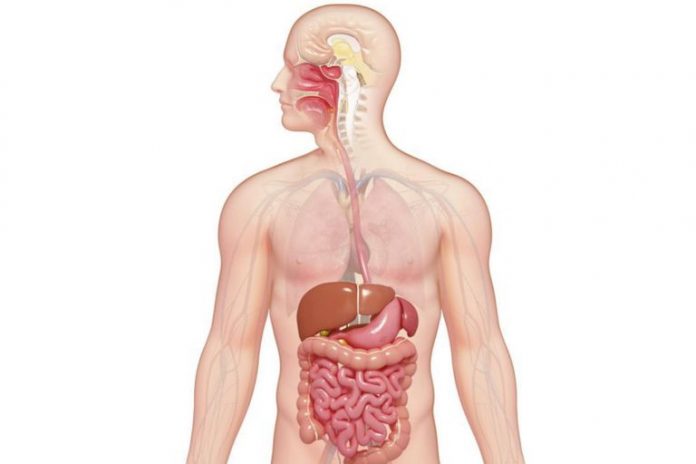 The body of living organisms needs food as a fuel to carry out various biological processes, from movement and breathing, etc. The digestive system is responsible for digesting food, absorbing it and delivering it to the blood and various cells of the body. The digestive system begins with the mouth, which enters the food and ends with the opening of the anus which is responsible for ridding the body from toxins and substances beyond the need of the body. The digestive system includes a group of private organs that break down the particles of food and absorbing them along with several other organs that help in the digestion process, such as liver and pancreas, and the process of digestion happens in six stages start as soon as the entry of food into the mouth and ends with the stool. And in this article we will talk about the parts of the digestive system and about the stages of food digestion.

Parts of the digestive system

The digestive system is a long tube that starts from the opening of the mouth and ends with the anus. The digestive system consists of the mouth, where the food is cut into small parts, the esophagus connects the mouth and stomach and contains two muscles; a muscle in the upper part called the pharyngeal ring and the lower holding muscle, that prevents food and gastric juices from referring back to the esophagus from the stomach, and the small intestine is responsible for absorbing most vitamins and nutrients. It consists of three parts, the duodenum, jejunum and ileum, and each one of them has a special role in the digestion process, followed by the large intestine, where a large amount of water is absorbed in the first part of the large intestine, and then reach the end of the colon, the colon and rectum, which carries the stool to the outside of the body through the anus.

Chewing: When food enters the mouth, the food cracking process begins by turning the food into small particles that are easy to swallow. This is done by the teeth, the tongue that moves food inside the mouth, and the salivary glands that produce the salivary juice, which is responsible for digesting carbohydrates and digesting starch and turning it into simple sugars.

Swallowing: After cracking the food and turning it into small particles, the tongue moves the food towards the pharynx, then the esophagus so that it reaches the stomach eventually. The esophagus is characterized by the muscles that moves like a worm, which help in the movement of the food and delivering it to the stomach.

Gastric digestion: food reaches the stomach after passing through the esophagus, and in the stomach the food is mixed with acids and enzymes secreted from the internal layer of the stomach to turn food into a liquid easy to absorb.

The stage of excretion: The last process of digestion and here happens the disposal of excess elements of the body and toxins and a group of dietary fiber all are put through the anus.


Facebook
Twitter
WhatsApp
Linkedin
Email
Telegram
Previous article
What are the symptoms of malnutrition?
Next article
The importance of large intestine in the human body