HomeHealthFood allergies, how do we know we have them?!
Health 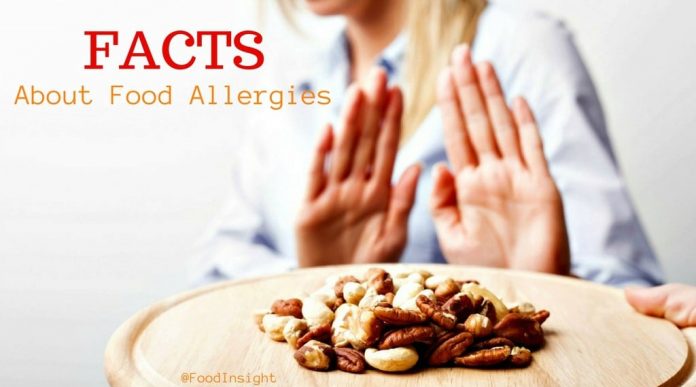 In many cases, especially when the symptoms of allergies are delayed, people do not tend to associate the eating of food with the appearance of these symptoms, but … when you just finished eating a fatty and delicious meal. And suddenly you discover minutes or hours later that your eyes are watering, your skin is turning into red, your throat starts to heart and you feel difficulty breathing. Of course, there is no connection between these symptoms and the meal you enjoyed so much, but in fact there is a high probability that a certain food, or something in a particular food, made you feel this. If so, you are allergic to a particular food.

Sensitivity to food, or to a particular substance in food, is a relatively common phenomenon. We can suffer, since nursing, from allergies to certain substances in food or even to a particular type of food, because of the immaturity of our immune system and its ability to deal with these substances and foods. Allergy can disappear with age, and the proportion of people suffering from food allergies at a more advanced age is actually declining. However, this phenomenon is not easy and is often a real danger to us.

In order to make sure that they are already allergic, the doctor checks whether the patient is sensitive to food or does not tolerate some type of food. The difference is that the immune system, in allergic cases, produces antibodies to those nutrients that we are sensitive to. But in case of food intolerance it’s an over-sensitivity to the food itself and has nothing to do with the immune system. People with asthma, diabetes and eczema are more sensitive to certain foods. Also people who inadequate enzyme or gastric acid, due to lack of vitamins, minerals and imbalances in the energy of the body, as they become overly sensitive to a particular food.

At first, to make sure it is really sensitive, the doctors examine what the patient ate on the day the symptoms appeared and in the following days, where was he? From which materials approached? And so on. Then They check to see if the symptoms are consistent with allergy symptoms. And make a blood tests to check if there is a high level of lgE, which is produced when different foods enter the body. In addition to skin tests, which check for changes in the skin when it touches the food. A test is performed on the arm, and if the result is positive, the skin will swell and turn red. In the end, in the end there are challenge tests. These tests aim to confirm suspicions that a certain substance (allergy) is responsible for the symptoms that have emerged, by exposing the patient to this allergen.

As we mentioned at the beginning, symptoms sometimes appear minutes after eating, sometimes hours later, even days. So many people do not tend to associate the symptoms with the possibility that they are allergic to food, or something in the food. So only when they eat the same food the next time, and have the same symptoms, they connect the two, and they know that something is not good, and that they should do the examination.