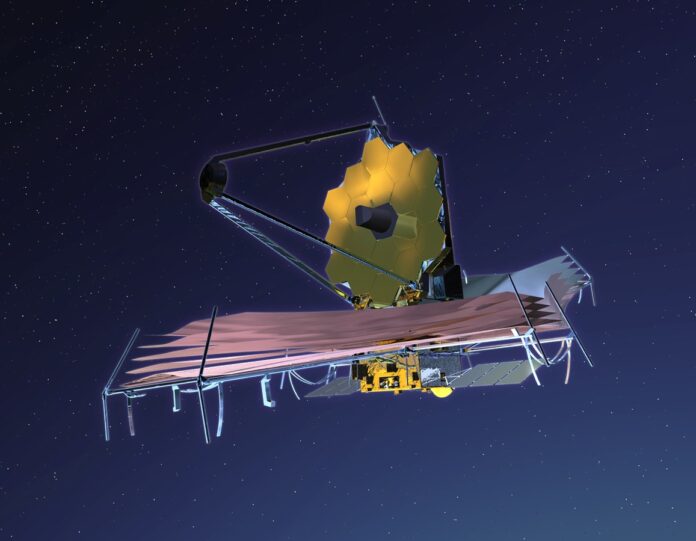 The James Webb Space Telescope (JWST) is a powerful and advanced space observatory . It is the successor to the Hubble Space Telescope and is widely considered to be one of the most ambitious and complex space missions ever undertaken.

The JWST is named after James E. Webb, who served as the second administrator of NASA from 1961 to 1968. Webb is widely considered to be one of the most important figures in the history of space exploration, and his contributions to the Apollo program and other NASA missions were instrumental in the success of American space program during the 1960s. The telescope was named in his honor as a tribute to his legacy and his work at NASA

The JWST is a large, infrared-optimized telescope that will be placed in an orbit about 1.5 million kilometers (about 1 million miles) from Earth. This location is known as the second Lagrange point (L2), and it is an ideal spot for observing the universe in infrared light because it allows the telescope to avoid most of the light from the Sun, Moon, and Earth. This makes it possible for JWST to study some of the most distant and faint objects in the universe, such as galaxies, stars, and exoplanets.

The JWST is equipped with a primary mirror that is 6.5 meters (about 21.3 feet) across, which is more than twice the size of the primary mirror of the Hubble Space Telescope. This large mirror will allow JWST to collect much more light than Hubble, which means that it will be able to see much fainter objects. The JWST will also be able to see in the infrared part of the spectrum, which will allow it to study cool objects, such as planets and stars, that emit most of their light in this part of the spectrum.

One of the most unique and powerful features of JWST is its “integral field unit” (IFU), which is an advanced camera that allows the telescope to obtain detailed images of large areas of the sky in one go. The IFU will allow JWST to study the properties of large numbers of galaxies, stars, and other objects simultaneously, which will be especially useful for studying the early universe and the structure of galaxy clusters.

Another key feature of JWST is its “spectrometer”, which is a device that can be used to study the light from celestial objects in great detail. This will allow scientists to measure the chemical composition, temperature, and other properties of stars, planets, and other objects, as well as to study the physical processes that drive the universe.

The JWST mission is a collaboration between NASA, the European Space Agency (ESA), and the Canadian Space Agency (CSA). This collaboration has allowed for the development of a powerful and advanced observatory at a fraction of the cost of what would have been required for a single-agency mission.

The JWST was first proposed in the mid-1990s, but its development has been beset by a number of technical challenges and delays. The telescope was originally expected to be launched in 2007, but that date has been pushed back several times due to issues with the development and testing of various components. The most recent launch date is set in 2021.

In conclusion, the James Webb Space Telescope is a highly ambitious and advanced space

All you need to know about James E. Webb the second...