Home Human Resources All humans are weirdos, what you thought has already been proven
Facebook
Twitter
WhatsApp
Linkedin
Email
Telegram 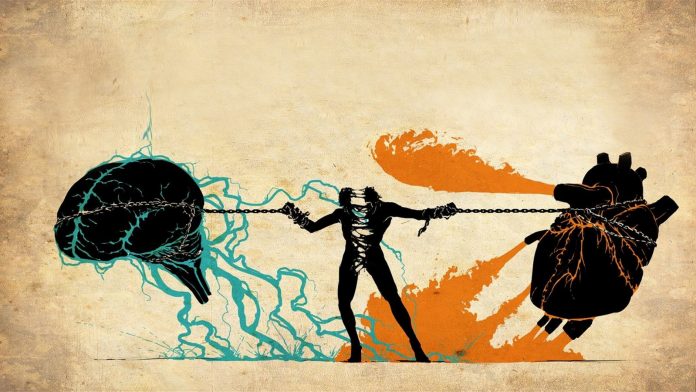 Everyday millions ask their best friend Google a lot of questions like “Am I normal?”, and the internet became a refuge to a lot of us to know whether our behavior, body and emotions are out of the ordinary or not.

Everyday lots of us write “Is it normal to talk to myself?” or “How often do couples have sex?” looking for normal answers to lots of questions on the internet to know whether what they’re going through is normal, so if you think that data search engines looks like a weak rule to define whether you are a weirdo or not? Then we have a good news for you, as Yale University’s researches proved that there is a lot of truth in it.

The normal situation is a referenced case depends on time, place, and the circumstances, and there is no right way to define whether the human is normal!! That’s why Neurologists calls for more confessions with the normal weird situation for all humans.

A new study published in Trends in Cognitive Sciences magazine on 20\2\2018 discovering the myth of human and animal’s natural life ” The myth of perfection in clinical neuroscience”. This study has been done by Avram Holmes and Lauren Patrick From the Department of Psychology at Yale University, where this study depends on the evolution theory to show that the regularity in our brains basically are not completely normal, as in 3.5 million years of existential evolution on earth the changings and varieties between living beings and environments was the most common on life.

Evolution is the ability to adapt with the changings, as it’s changing by the circumstances and times; because everything from trees to people to countries and continents are continually changing, the only constant status is a status of changing, which means that any behavior could be good or bad, suitable or not, according to the circumstances that the behavior happens in. Researchers from Yale University have analyzed a lot of Psychological cases to a lot of evolution differences, and they found out that there is not in the world a file to define how the brain works, and the evolution power that identify our race is completely different in the human behavior. So they suggested that instead of studying the behaviors aside, they could understand the psychological diseases better by studying patterns of behavior, and the complex changes tied to it through the brain’s system.

In another word, trying to identify people in a way from a psychological point of view is completely a failure attempt, as classical psychology define people in a certain ways, where the world is normally wide. So instead they’re suggesting to evaluate each person and understand him individually in a psychological point of view, but according to a wide group of behavior and different directions, and from that study between the report that those two scientists published, that all of us are kind of weirdos, and that in fact it’s completely normal.

Yale University’s study aims to explain that the world isn’t stylishly divided into healthy and non healthy, perfect and imperfect, and through studying a group of features, the researchers show that these features are existed on a log series and exposed to many evolution, and  dividing “normal” from “weirdo” is impossible, for example: your feeling that talking to yourself is weird, you should know that not talking to yourself objectively isn’t better. And as for question like “How often do couples have sex?” it’s normal to think that there are different group of sexual behavior that considers common and normal for everyone, of course there are few cases that have some features or behaviors that isn’t clearly correct, but although all of the most clear cases of poor adapting situation, there are always a mix of good and bad results on each difference.

For example the worry: Is it weird or bad if you were feeling worry towards most of other people you don’t know in your life? Well, science shows that worry might make you feel more safe, which push you to be ready better in an important fields of your life, and improve your memory even if you didn’t feel that it is most of the time good, does that considers win or lose? Also look at the risk, it might be your chance of facing some dangerous accidents that threaten your life, it’s your chance to achieve your dream and change your life, points of strength and weakness are closely connected together

Avram Holmes  says: “there is no consonant normal situation, there is a level of difference in each of our behavior, any behavior isn’t completely negative or positive, there is always a potential benefits for both of them, depends on the situation you are in”.

Holmes finishes his talk: “we all are seeking towards some artificial patterns, either it was in the appearance or the youthfulness, in the intelligence or character, but we need to realize the importance of  the differences, either it was in ourselves or around us”.

If you think you’re weirdo, that’s close to normal; because that’s how everyone is. So, stop feeling worry, angry or ashamed of your imperfect character, what you think is your weakness might be your strength, stop thinking of the bad features as if it’s weird and dysfunctional, think of them as parts of good qualities you have, you could focus on adjust these behaviors instead of hating yourself.

Bill - June 22, 2018 0
Coffee is one of the most stimulant drinks that is a large group of people take, especially during the morning periods, to get the...