HomePoliticsAhead of His Upcoming Meeting with Trump. North Korea's Leader Gives His...
Politics

Ahead of His Upcoming Meeting with Trump. North Korea’s Leader Gives His Stylish Young Wife A New Role 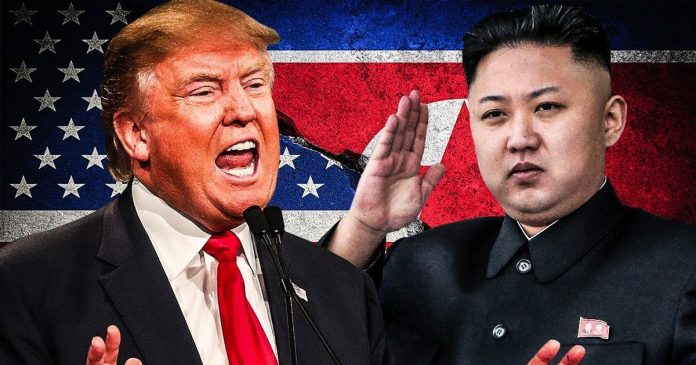 North Korean leader Kim Jong Un has given his young, elegant wife Ri Sol Ju the title of “First Lady” in what analysts say is a major advance to her official status ahead of two upcoming summits with South Korea and the United States.
Ri Sol Ju has always accompanied her husband to official events but made her first solo public appearance last weekend at a ballet performance by a Chinese troupe.
The official media reported the event referring to the wife of the North Korean leader as the “respected First Lady” — the first time the title has been used in more than 40 years, and with the addition of an adjective usually reserved for the country’s leaders.
The famous North Korean anchorwoman Ri Chun Hee, who is usually drafted in for major announcements in the country, proclaimed the news.

The wife of the North Korean leader wore a pink dress and was accompanied by other North Korean officials often seen with the leader, including Kim’s younger sister, Yo Jong.
Ri, a former singer, emerged in 2012 and has been regarded by the experts as an influential woman, but she played a limited role of standing with her husband in North Korea, that is a largely isolated and masculine country.
According to analysts, her promotion is likely to be part of an effort to paint North Korea as a “normal state” as it prepares for summits with South Korean President Moon Jae-in on April 27 and later with US President Donald Trump.

It also gives her a title matching with the title of Kim Jung-sook, wife of the South Korean president, and Melania Trump, the first American lady.
“Promoting Ri Sol Ju is the most effective marketing strategy,” An Chan-il, a defector researcher who runs the World Institute for North Korea Studies, told AFP.
“The summit is being held as equals, so if Melania Trump attends, Ri will attend,” he said, noting that the North Korean leader’s wife accompanied him when he went to Beijing last month on his first overseas trip since inheriting power.

Ri was previously referred to as “comrade” by the North’s state media, and the weekend report was the first time the “First Lady” title had been used to describe the leader’s spouse since 1974, when it was applied to Kim Song Ae, the second wife of North Korea’s founder Kim Il Sung.
Little is known about Ri, who is believed to be 29 and to have three children with Kim, at least one of them a daughter.
South Korean intelligence reports have described her as coming from an ordinary family with a teacher father and a doctor mother.
A former member of the North’s Unhasu Orchestra, Ri reportedly attended a music school in China and visited South Korea in 2005 as a cheerleader for her country in an international sporting event.
She is known to be a fashion aficionado and is often pictured wearing luxury outfits — on one occasion carrying what appeared to be a Christian Dior handbag — in a country plagued by chronic poverty.
Some analysts point to Kim’s marginalised mother Ko Yong Hui as another factor driving Ri’s expanded role.

Ko had three children with Kim’s father and predecessor Kim Jong Il, but had a low profile throughout her 28-year marriage.
She died in 2004, reportedly from breast cancer, and her body is said to have been secretly flown from Paris, where she was being treated, to Pyongyang. A grave was only built for her in 2012, after Kim inherited power.
“I think Kim Jong Un’s trauma of watching his own mother living in the shadows also factored in,” said Shin Beom-chul, an analyst at the Asan Institute for Policy Studies.
Unlike his father and grandfather, Kim is often seen accompanied by the women in his life — namely Ri and Yo Jong — in a break from the past when leaders’ spouses or sisters rarely made public appearances.
Kim sent his younger sister to the Winter Games in the South.
His late father was known to be blunt and secretive, but the younger Kim — whose regime stands accused of widespread human rights violations by critics — has cultivated an outgoing and informal style, and his marriage also appears to be different.

According to the Japanese daily Asahi Shimbun, Ri referred to the North Korean leader as “my husband” in a meeting with the South’s officials in Pyongyang, and giggled and clapped when one of them suggested that Kim quit smoking.