HomePoliticsAfter his standoff in the US Congress Mark Zuckerberg flees from the...
PoliticsTechnologyWorld 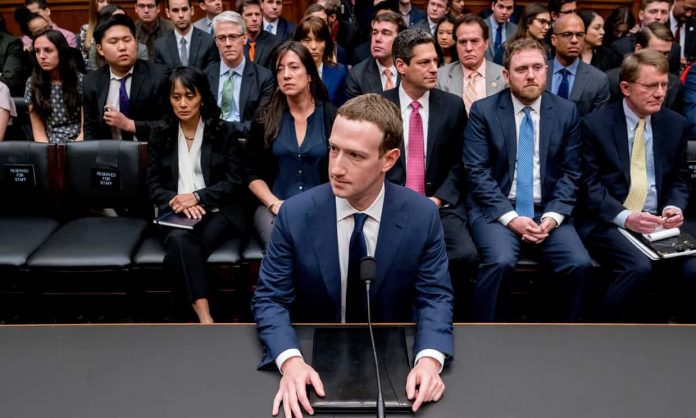 After two investigative sessions before the US Congress, Mark Zuckerberg gave all his energy to emerge as a strongman, evading questions, and sometimes says only “I do not know.” Now the role of the British Parliament has come to ask Zuckerberg to appear before him. This comes in line with Europe’s confusion over the Cambridge Analytic scandal, which co-led voters to choose Trump in the recent US presidential election. But Zuckerberg refused to attend, and decided to appoint Facebook’s chief technology officer, Mike Schroeder, to come instead.

Britain and the roots of the crisis with Facebook

Britain’s crisis with Facebook goes back to 2016, when the British Parliament asked Zuckerberg to attend an investigative session in parliament for three times to investigate the impact of false news on Facebook and its impact on the democratic process in Britain, specifically with regard to the European Union exit referendum in 2016.

Is it different this time?

There may not have been any evidence in the past that Mark Zuckerberg was in a critical position, but the Cambridge Analytic crisis made it more complicated for the Facebook founder. Damien Collins, chairman of the British Parliament’s Culture and Information Committee, invited Zuckerberg to attend and hear the evidence he could provide in the Cambridge Analytica case. “Facebook appreciates the importance of the case, but Mark Zuckerberg will not be able to attend, and he will send one of his vice presidents, Mike Schorever”, Facebook’s chief technology officer,” said Rebecca Stimson, head of public policy. When the parliament insisted on the importance of Mark’s presence, Rebecca replied that “Schroeder has already provided evidence and answers in the Russian intervention cases in the US elections and the issue of false news, and that he would be ready to give the parliament all the information they want on the issue”.

The hearing was finally scheduled for April 26. This is in line with the entry into force on 25 May of the Law on Protection and Regulation of Information (GDPR). The law will be applied in all European countries. This law will give users the right to exercise greater control over their personal data and information available on the Internet.

Facebook will be required to clarify the number of people whose data were leaked by the application used by Cambridge Analytics, as it is reported that 1% of worldwide application downloads were in European countries, including Britain. But before that happened, Zuckerberg appeared in several television interviews after being invited by the British Parliament, saying he felt that he was not the right person to attend the hearings, in the British Parliament or the US Congress, and that he should assign the job to someone else.

Mark Zuckerberg, in his letter to the British Parliament in March, said that Facebook has taken several security measures to protect user data, including reviewing all applications that can access information from Facebook, tell users whose information have been leaked, and update the signing-in policies to ensure the least amount of data, and encourage users to control the applications that use their data, so they do not allow any unsafe application to use it.

On April 4, Mike Schwerfer announced through the Facebook News Room that security updates will enable users to know which applications are using their data through their Facebook accounts, and that the user can keep what he wants and remove applications that are not reassuring to get his data. In spite of all the actions announced by Facebook during the past period, which will be based on Mike during the meeting before the British Parliament, but it does not appear that Facebook will abandon the policy of access to information, especially that its algorithms has the ability to get user information, even If the person does not have an account, and the US congressional hearings did not lead to a fundamental change in data usage policy.