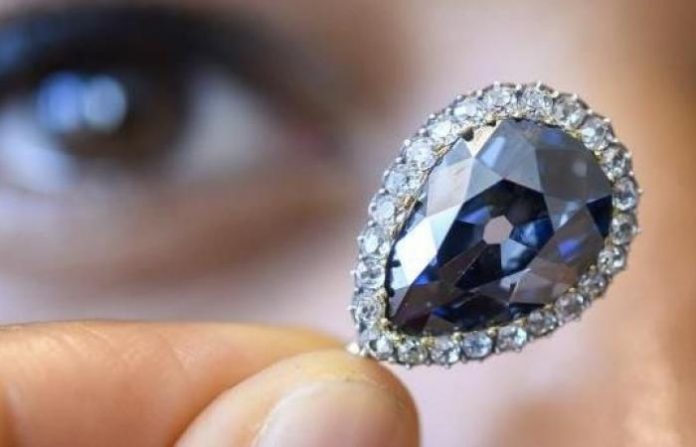 A rare blue diamond was sold at a public auction in Geneva for $ 6.7 million, after spending nearly 300 years traveling through the royal palaces of Europe and it was in the crown of the last queen of France before the revolution.

The Sotheby’s auction in Switzerland, announced on Wednesday that the blue diamond “Blue Farnese” for sale, weighing 6.16 carats, and began its history, when presented as a wedding gift to Elizabeth Farnese, the daughter of Duke Parma, when she married Felipe V of Spain in 1915.

Since this date, it was inherited by four European royal families and moved between Spain, France, Italy and Austria.

According to the website auctions, the diamond like pear shape was once part of the crown of Queen Marie Antoinette, the last queen of France before the French Revolution.

It was sold after only four minutes from officially offering it for sale in the auction, and it exceeded expectation of experts who estimated the value of it between $ 3.5 million and $ 5 million.

It did not disclose identity of the new owner.

“We expected to get a good amount, but we started the auction at $ 3.5 million and ended up with $ 6.7 million,” said Daniel Maschiti, a jewelry expert at Dar Souzby.

The diamond has taken the eye of the world, not because it was part of the collection of the Spanish Queen Elizabeth Farnesi in 1715, but because it was the first time it was auctioned publicly. 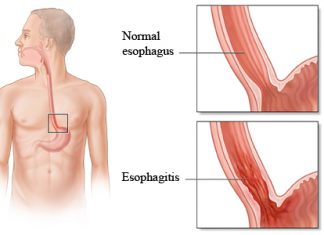 Al-Shimaa Mustafa Kamel - December 30, 2018
0
Esophagus The esophagus is defined as a muscular tube that has an important role in the digestive system. The tube extends from the pharynx, behind...

The reasons for the lack of vitamin B