A hybrid solar cell that can produce electricity from rain drops 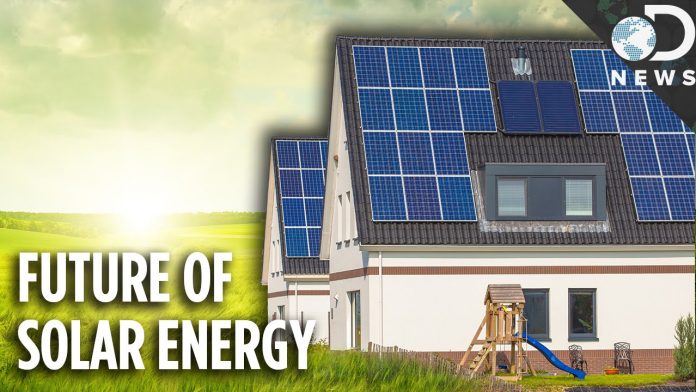 This hybrid solar cell can produce electricity from raindrops

Solar panels are usually advanced and of great benefit, but that stops when the rain falls and this soon can be changed, thanks to hybrid cells that can produce electricity from sunlight and rain drops.

The main part of the system is the Tribo Electric Nano Generator (TENG), a device that produces electrical charges by the friction of two substances with each other, as in static electricity, all of which depends on electrons conversion.

Nano particles can produce energy from the friction of tires on the road, friction of clothing materials or in this case of rolling rain drops above the solar panel. The final result of Soochow University scientists in China is the production of a solar cell that produces electricity from sun or rain.

“Our studies have shown a new concept of energy utilization in different weather conditions,” said the study. “The idea of using nano particles is not entirely new. The challenge is to develop a system that is not huge or very complex.

In the picture two layers of polymer were used from a Nano – friction generator at the top of a light cell.

Using the editions on the DVD, the researchers added polymer layers to increase its efficiency in collecting energy. In the tests, the polymerized layers act as combined poles of the nano structure and the lower solar panel, to connect the power between the two devices when the rain drops hit it and connects the layers, The extra layers are transparent and thy can catch sunlight even though it is not effective without the additional layers on the surface. 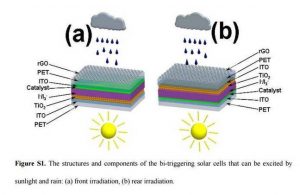 As we mentioned earlier, scientists have been working on this idea for some time, going back to 2016, a team from Ocean University in China generated electricity from falling rain drops on a solar panel by adding a layer of Graphene.

By separating positive charges in the salty rain, scientists have connected the charges to Graphene, making them act like electric capacitors, essentially two layers with two different levels of energy that can generate an electric current.

The main drawback of this research, as well as the new research, was to generate enough electricity to make it active outside the laboratory. However, we seem closer than ever to producing solar panels that do not need only sunlight to operate.

The best thing about it is that it rains in the evening, so one day we can get solar farms that work all day regardless of weather conditions, making us take a great step toward using alternative energy.

The discoveries were published in ACS publications

Facebook
Twitter
WhatsApp
Linkedin
Email
Telegram
Previous articleMark Zuckerberg: WahtsApp Business has more than 3 million users
Next articleA New Type of Battery That We Need So Bad Can Be Fully Charged in Less Than 30 Seconds